Here we go with another three cheap and cheerful modules from around eBay labelled as "Motor Drivers for Arduino".


The short version: I made smoke come out of the HG7881 under fairly normal operating conditions. The ULN2003A barely survived, probably because it can't go in reverse. The EasyDriver is a beautiful device, and the hands down winner, so long as you're driving a small stepper motor.

I'm still looking for a good solution to spin a couple of toy motors, though.

So, let's start with the "winner" in terms of overall quality. This device just kept surprising me with it's robustness and adaptability. So long as power was applied somewhere, in some form, it glowed it's happy red LED and spun the motor around. 5V from the Arduino's USB Raw line, 12V from a plugpack, 6V from some batteries... whatevs.

Once powered, you only need to run the "Step" and "Dir" lines to the Arduino. All the rest are tied via pullups/downs to sensible 1/8 microstep defaults. In a real application I'd also want the reset and sleep pins under control for proper homing and power management, but that's a personal thing.

The pin layout was strange at first, and seemed scattered around the board, but I understand the reasoning now - separating all the digital and motor power paths so that shorting any two adjacent pins is relatively benign. 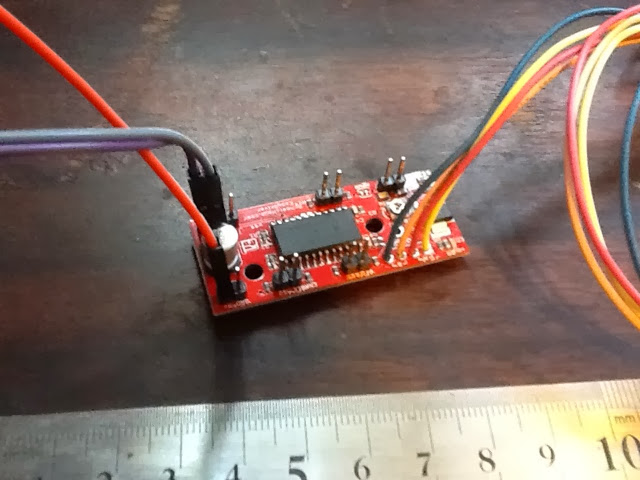 This kind of sensible-ness probably comes from the fact this open source design is on it's sixth iteration, going back as many years. All the bugs and weakness have been sorted out.

Unsurprisingly, it's another Allegro chip in there, literally along the same lines as the A4988 "StepStick" driver I reviewed last time, but an older device. And while the A4988 does seem to be able to throw more power around than the A3967, it also has a higher minimum required voltage.

That's really the principal difference: The A4988 doesn't operate below 8-9V, and the A3967 tends to overheat when you go above.

The newer A4988 is therefore for cases where 12V is your primary supply voltage, as in mains-powered devices like the RepRap. But the EasyDriver works best in the 5V range, and does it magnificently. In fact, it's the only driver I've used that could happily spin a stepper motor using a 4xAA battery pack.

So it will generally function from the same power source driving the Arduino, and uses fewer pins than anything so far. "EasyDriver" is the perfectly correct name.

It even has mounting holes. Luxury.

So, here's one thing this chip is missing -  thermal shutdown. I know this because I managed to release the magic smoke from one of the H-Bridges during a "back-and-forth" stress test (reversing the motor direction about twice a second) After about eight cycles the motor stopped, and in the silence and stillness I saw the tiny puff of smoke rising into the air before my nose. Like an ant had lit a minuscule cigar in condolence.

That's a shame, because otherwise this is a cool little module. It does the basic task of spinning a motor in either direction, and even handles 1Khz PWM speed control. But I burned it out with a 4.8V battery pack and a Tamiya toy motor by reversing direction a few times, and that's why it costs $2.

Although, granted, this wasn't a test I subjected the AdaFruit Shield to. (I really doubt it would survive any better.) And in fact, I would rank this above the V1 Motor Shield, since it was able to keep the two motors running at constant max speed while generating less heat. (I'd stopped the stress test on the AdaFruit well before then.) And it's easier to control - only four pins needed.

What this module might be good for (and I'll have to try it later with the remaining channel) is replacing the guts of small RC servo motors, to convert them for continuous rotation. Those DC motors are a whole level down in power requirement, and might be the right match.

The module might even be appropriate for its advertised use - driving stepper motors - so long as the motor was extremely small, and very slow.

It would be interesting to see what this chip can do with better thermal management, but the board design won't let you slap a heatsink across it without shorting things. And those little packages are really bad as dissipating heat anyway.

Ha. "Stepper Driver". I've had some past experience trying to build stepper drivers out of the ULN2003A. Let's call it what it is: a block of power transistors, limited by the obvious problem with putting seven power transistors onto one die - you can't really have more than one turned on at once. 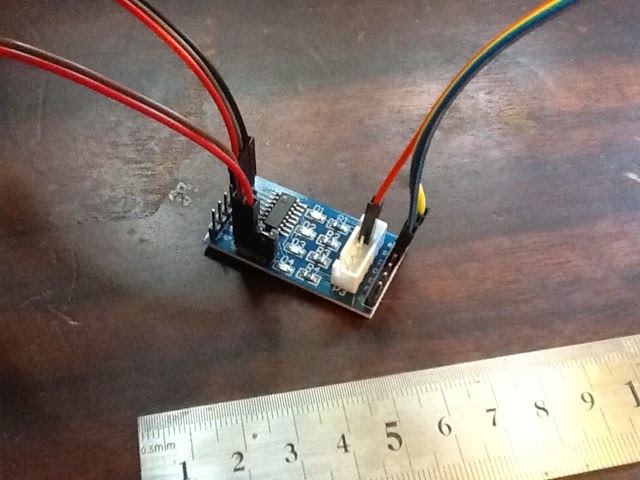 It's probably only my past experience with this chip that allowed the module to survive the tests and keep its magic smoke. I'm pretty sure it doesn't have thermal overload protection. (I don't intentionally set out to destroy hardware, but I do need to stress test before putting anything unknown into my droids.)

This chip was old 20 years ago. And that's kind of why it keeps turning up. It was never really intended to drive motors, (remember relays?) but "unipolar" stepper motors can be thought of as four relay coils, so some wag used it in a few early dot matrix printers, and so "stepper driver" it became.

But don't use it for that. Really. I hooked it up to a very similar stepper motor to the one I attached to the EasyDriver, energized one coil, and had to shut it down five seconds later when the heat level hit critical.

It's not very good for driving DC motors either, mostly because it can't reverse the current flow, so it only goes forward. It did out-survive the HG7881, probably because of that fact, since the equivalent "stress test" was half as stressful. (Plus the '2003 only has to manage current on one side of the motor - the H-Bridge cops it coming and going.)

What you can do with the dumb 'ol ULN2003A is all kinds of weird things the more specialized chips would freak out about. For example, the spindle motor of a hard drive is kind of odd - it's technically a three winding "stepper" with a common terminal. (Almost a direct ancestor of modern Brushless DC motors) so you have to pulse three pins in sequence to make it spin.

I wanted to try it out as a galvanometer, so I used the ULN2003A to keep one coil energized, and applied 1Khz 'chopped' DC speed control to another winding to vary the current. 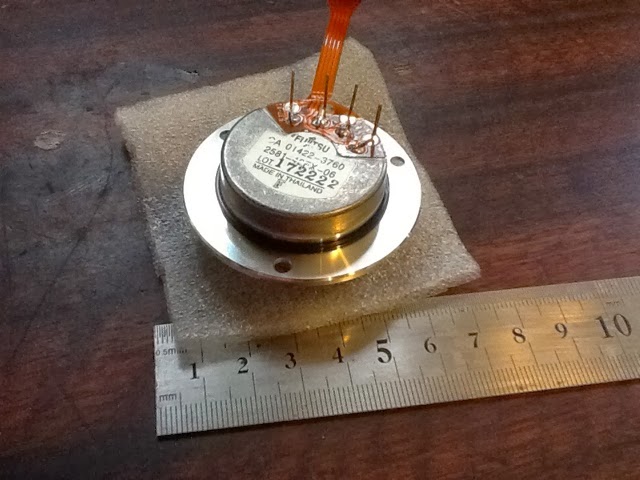 It did work - I could get the "needle" to swing to positions between the normal poles (like fine-control microstepping) but the repeatability was awful. Obvious in retrospect, given the spindle mass. Good 'galvos' have tiny spindles. 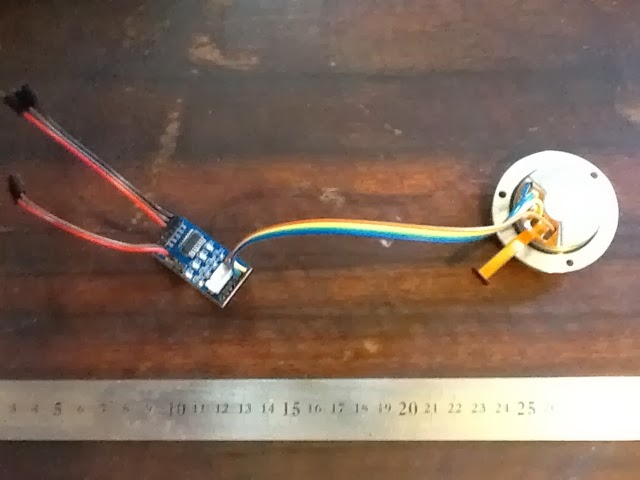 It has all kinds of other uses too. Powering a dozen LEDs. A simple speaker amp. As a level shifter to drive solid-state relays. For $1.80, it's a very versatile block of power transistors, and dumb-as-a-brick can have some advantages...

It's just not very good for moving stepper motors around.

Update:
I recently reviewed the L298D module, and was impressed.